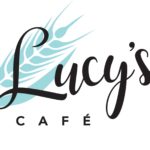 Lucy’s Café is a solid restaurant, bakery, and deli located in the Creston neighborhood of Grand Rapids. Creston isn't a hotbed of vegan businesses, so Lucy's is a great choice - not only for the rarity but also the quality.

Lucy’s has a little bit of everything, including breakfast served all day. Breakfast items include a vegan skillet featuring tofu scramble, veggie sausage, root vegetable hash, and smoothie bowls. There's also jackfruit hash and the ever so popular avocado toast.

The lunch and dinner menus also have several great option. There's s quinoa curry veggie burger, a veggie wrap, vegan mac, Michigan veggie root hash, and salads. Some of the vegetarian menu items on the menu can be made vegan as well, so keep an eye out for those and ask your server. Just takes a keen eye.

The deli/take out area has many baked goods from Kind Crumbs, a local allergy-friendly bakery. Many of those items are also gluten-free, including the chocolate whoopie pie!

Lucy's Café has a great patio right on Plainfield, as well as an event space for rent.