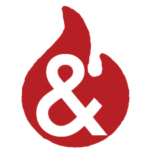 About
“Our mission at Field & Fire is to apply our craft of baking in a way that will produce breads characterized by an amazing depth of flavor, remarkable aroma, crispy caramelized crusts, and above all will be nourishing and healthful for the folks who eat them.”
Vegan Grand Rapids Review

Who makes the best bread in Grand Rapids? I suppose it depends on your personal tastes, but if we’re talking about old-world, European style loaves and pastries, then hands-down, it’s Field & Fire.

Field & Fire, one of the original vendors at the Downtown Market, has been growing ever since. Not only can you get their goodies from the Downtown Market storefront, but you can get them from their newer Cafe on Monroe, and even several places around town that source their bread locally.

Proprietor Shelby Kibler’s baking credentials are no joke. He’s baked around the world and spent time at Zingerman’s, the hugely popular bakery in Ann Arbor.

Field & Fire bakery is really unique here. The wood-fired ovens are really incredible. If you get the chance to be there early enough to see it in action, proved bread is lined up, and a conveyor belt (if that’s the best way to describe it) pushes the bread into the oven. The finished product is loaves that are on par with bread you’ll see around the world – yes, we’ve been to Paris and the French baguette at F&F is not that far off.

Before we talk about the baked pastries, we need to just give a nod to what is probably our favorite bread ever. The seeded loaf. Pure heaven when slathered in Earth Balance. They don’t have too many on hand each day, so get there early to make sure you score.

On to the pastries. Field & Fire isn’t a vegan bakery. So you’re not going to see a case lined with vegan croissants. But the vegan offerings have grown. On a recent trip, there were two vegan muffins and two vegan cookies. And even though you won’t find vegan croissants daily, they do make them and you can special order. There was a time they were making them once a week, and we can vouch and say they’re amazing.

Field & Fire has hinted about another enterprise at some point. We say bring it on.